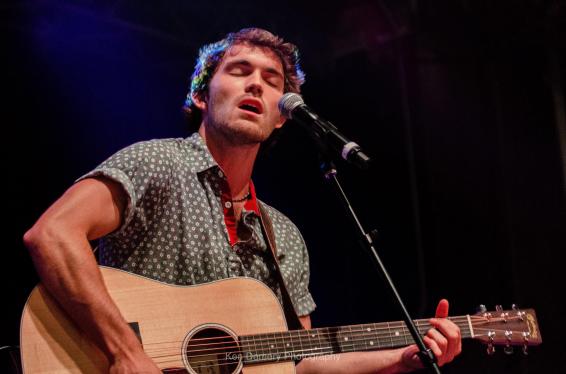 Raleigh-based musician Ben Youngblood just released his joyfully funky debut single “The Search is Over.” This song is the first track off his first album, In Bloom, coming out later this summer. Recorded and co-produced in Miami, Florida with Andres Daza of Daza Records, the song is rooted in Youngblood’s taste for vintage pop, funk, and blues-rock married with Afro-Cuban percussion indicative of the tropical city.

Youngblood has always been fascinated by music centered around the electric guitar. This is evident in “The Search is Over,” as the song is built around a catchy, Mayer-esque guitar riff and is embellished with fiery guitar licks reminiscent of the mind-bending style of P-Funk guitarist Eddie Hazel.

Having fallen in love with playing the guitar at age nine, making music has been the guiding force in Youngblood’s life ever since. Discovering this lifelong passion and sense of empowerment through writing songs and performing is what “The Search is Over” is all about. Since graduating from the University of Miami Frost School of Music in 2018, Youngblood has stayed busy pursuing a career as a full-time musician and working to establish and promote his own brand of original music. We talked with Ben to learn a bit more about his roots and musical style.

Tell me about your entrance into the music world.

I grew up in Raleigh, NC and my introduction to the music world really started when I was nine and had some friends that were playing who taught me a few chords. I immediately fell in love with playing guitar and after begging my parents for a few months, they finally bought me a guitar. I taught myself from an instructional DVD for a few months before starting to take lessons with Ken Demery, who taught me for the next nine years until I went to college. He taught me to read music, which has proven to be an invaluable skill. He also instilled in me the importance of thinking of myself as a business and what it means to be a true professional musician.

I started playing solo shows on First Fridays in Raleigh at a hair salon that doubled as an art gallery when I was about 15. Since then, I’ve played lots of local bars, restaurants and festivals. I also formed my first band in high school with some friends and we played private parties and school events. That’s when I first started writing songs.

What did early years teach you?

I always found it so inspiring to see my favorite artists captivate people, including myself, in concert and have such a profound impact on an audience with their music.

In my experience as a musician, I learned that I was able to make a deeper connection with an audience through playing guitar and singing songs and that is such an amazing feeling. I’m always chasing that feeling and hoping to make that connection with listeners. Some of my most cherished memories are making music with my closest friends and performing for people that I love and I want to continue making memories like those. 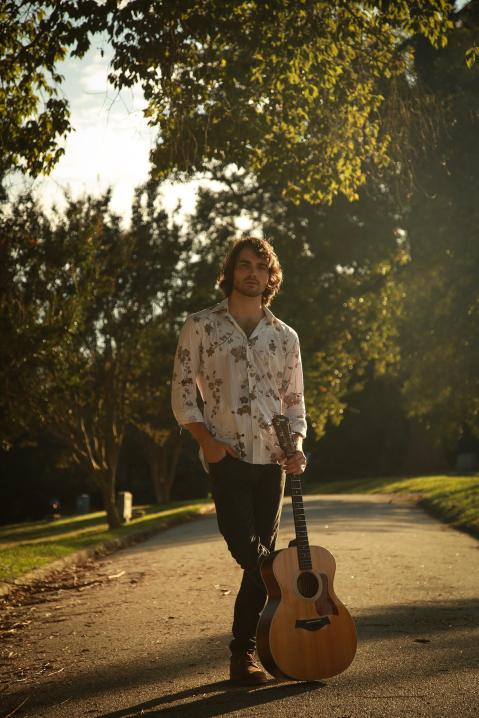 What’s your process for writing songs?

It’s never an exact science, but I have certain tendencies. I usually come up with a guitar riff or chord progression that I start singing gibberish on top until some words and phrases start to emerge, which I then mold into a more complete idea. A lot of times lyrics begin to formulate out of my subconscious before I even know what I want to write about, which I’ve discovered is a really common method among lots of my favorite songwriters. It’s a very organic process.

In the best case scenario, I feel like a conduit for energy that’s making itself present in the moment and it just kind of flows out with little effort. More often, I have to fight for every line and for that next chord or section of the song.

Tell me about your upcoming releases, what can fans expect?

My first album In Bloom (which will initially be available solely on digital platforms) is coming out late this summer. There will be two more singles released in the next several weeks and then the full album to follow. I’m planning on doing a tour in the fall to promote the release, so fans should follow my social media accounts to stay up to date on those details and get access to behind-the-music content from the making of In Bloom!

What inspired the song “The Search Is Over”?

I wrote it in the summer of 2017 after working at the Frost Young Musicians’ Camp at University of Miami as a teacher and counselor. I was really inspired by the students there and the song came from a realization that connecting to people through music is my true passion. It’s what I can always rely on to find soul satisfaction. In some ways, it’s a love song to music. My experiences as a musician are full of affirmations that I’m on the right path. A lot of other people aren’t as fortunate to find their lifelong passion this early in life, if ever, and I’m extremely grateful that I’ve found that. “The Search is Over” is an acknowledgement and expression of those feelings.

What can someone expect at a Ben Youngblood concert?

At this point, my shows are solo performances, just me with an acoustic or electric guitar. I hope to eventually form a band to play my music but I’m enjoying the intimate nature of my shows right now. Since I’m the only musician in my band, I’m able to improvise a lot and take my songs in different directions, which keeps me on my toes. I always make an effort to engage with the audience and talk to them about the songs I’ve written and what’s on my mind at the time. I think something unique about me is that I never put on the same show twice, and I don’t even really perform songs the same way twice.

Who do you compare yourself to as a musician?

I get regularly compared to a few people. Since I was a teenager, John Mayer has naturally been a big influence. After seeing his concert Where The Light Is on YouTube when I was a freshman in high school and being completely entranced, I knew I wanted to be on that stage, doing what he was doing.

Jeff Tweedy of Wilco. He’s like an anti-pop star. A large percentage of my walks to and from high school was spent listening to Wilco’s Yankee Hotel Foxtrot in angsty introspection. He’s a master of writing lyrics that are cryptic while still being highly impactful because, to me, they often can mean so many things all at once. My guitar playing is also heavily influenced by Wilco’s guitarist, Nels Cline. His guitar solo on “Impossible Germany” changed my life.

I could go on and on about my influences, but a few other musicians that I’m often compared to by other people are Eric Clapton, Tom Misch, Dave Matthews and Tim Reynolds.

What do you ultimately hope to achieve as an artist? Why are you here?

I hope to create music that will resonate with people in the way that the songs by my favorite artists have impacted me, because those songs have helped me understand myself and whatever it is I’m going through at the time. I love the idea of recording songs that will live on long after I’m gone, and if I’m lucky, be heard and loved by people in the future – maybe even help them understand a piece of themselves or inspire some kid to learn the guitar. But on the flip side, I also live for playing live shows that disappear into the vacuum of the universe while they’re unfolding. I think sharing that isolated experience with an audience, whether it be one person or 10,000 people is beautiful. Ultimately, I feel like I’m here to bring joy into the lives of others through playing the shit out of my guitar, singing songs, and producing music.